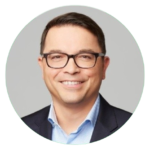 Kai Bockmann has over 25 years of experience with global consumer packaged goods companies. He was the President and COO for Saputo, Inc., one of the world’s largest dairy companies with $14 billion in revenue, 67 plants, and 18,000 employees across Canada, the U.S., Australia, Argentina, and the UK. Kai, together with his team, grew the international business from $500 million to $4 billion in less than 10 years.

Prior to Saputo Inc., Kai was with McCain Foods – the world’s largest producer of frozen potatoes. He served in various roles including Managing Director of Asia and President of the International Division where he accelerated sales across 60 export markets.

Kai also served as a Commercial Advisor at the Canadian Embassy (DFAIT) in Bogota, Colombia early on in his career in the 90’s.

Kai received his MBA in International Business and undergraduate degrees in Communication and Business from Simon Fraser University in Burnaby, BC, Canada. 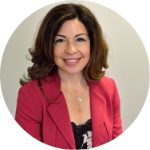 Laura Gerhard was promoted in 2021 to Vice President to assume leadership responsibilities for Blue Diamond’s Global Ingredients Division. Laura leads day-to-day operations of the division, which supplies almond ingredients for processed and prepared food manufacturers, as well as for bulk purchase, around the world. She also oversees the commercial success of the division’s global product portfolio, which includes a growing array of almond-based ingredients, such as almond protein powder, almond flour, and almond butter.

Ms. Gerhard began her career with Blue Diamond Growers in 2017 as Director of Strategy and Planning for the Global Ingredients Division.