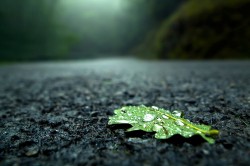 The following excerpts on the drought situation in California come from a recent article by Daniel Swain from WeatherWest.com posted February 1,2016.

Reminder: when it comes to El Niño, strength matters.

The prospect of an El Niño event in the Pacific Ocean always generates quite a bit of interest in California. This attention largely stems from the fact that two of California’s wettest years on record—1982-1983 and 1997-1998—occurred during the strongest El Niño years in living memory. The popular perception that El Niño always brings a lot of water to the Golden State, though, is not particularly accurate.  The reality is a bit more nuanced: particularly strong El Niño events exert a powerful influence upon the atmosphere over the northeastern Pacific Ocean, and really do have a tendency to enhance the storm track in a way that favors greatly enhanced precipitation across the entire state of California. But more middling weak to moderate events don’t have nearly as pronounced an effect, and in many cases don’t meaningfully affect the odds of seeing wetter or drier than average conditions in California. The key message here: strong El Niño events are the ones to watch out for from a California weather perspective, and it’s reasonable to expect that such events greatly increase the odds of wet conditions throughout the state.

How is the present El Niño different from other big ones in the past 40 years?

Given that climatologists and meteorologists know to look out for strong El Niño events as uniquely strong predictors of California seasonal precipitation, how does the present event compare to other major historical events? Well, depending on the exact metric, the present El Niño is either the strongest or among the strongest events in the observed record going back to at least 1950. Ocean temperatures in the eastern equatorial Pacific Ocean—the most traditional measure of El Niño’s amplitude—have been at or above their record highest values for at least several months now. So despite assertions to the contrary, the 2015-2016 El Niño is not “a bust” by any means.

In late 2015 and early 2016, the atmosphere has indeed responded to the ongoing powerful El Niño much in the way that meteorologists have come to expect. The Pacific warmed; tropical thunderstorms increased; the Hadley cell strengthened; the Pacific jet began to roar. But this year, the Hadley cell has actually strengthened a bit more than expected. The descending air on its northern side has occurred closer to California, which means that the enhanced temperature differential is occurring farther to the north than during previous big El Niño events. Subtropical ridging between Hawaii and California has been more pronounced, and the El Niño-strengthened jet stream has set up shop primarily across Northern California and even the Pacific Northwest, rather than Southern California.

The net effect so far in 2015-2016: Northern California and the Pacific Northwest have gotten soaked, while Southern California has been left pretty dry (with a few notable exceptions). While a veritable “parade of storms” has indeed inundated the northern reaches of the state with very heavy precipitation, bringing the best Sierra Nevada snowpack in years, leading to huge inflows to large reservoirs in critical watersheds, and even causing some minor flooding at times, many of California’s most populous cities haven’t witnessed an especially remarkable winter to date. The San Francisco Bay Area and Sacramento region have seen “Water Year” precipitation to date that is pretty close to the long-term average (which, decidedly, seems like a lot relative to the extremely dry years witnessed as of late). The densely populated greater Los Angeles region, on the other hand, is well below average for the season to date (though with significant precipitation this past weekend, its January total may well end up near or above average). From a long-term drought relief perspective, the season to date looks pretty good—precipitation is near or above average in most of California’s largest watersheds, and the water stored in the critical Sierra Nevada snowpack is uniformly above average. So far, though, this isn’t quite the blockbuster year that many had hoped for (especially in the south).

What does the near-term future hold?

So what are our prospects for the rest of the season? Well, El Niño is certainly still with us, and it’s still a top-tier event. For that reason, the good money’s still on a wetter than average season for California (yes, even now). This is especially true since the precipitation during strong El Niño years is often heavily “back weighted,” with an unusually large fraction of seasonal totals occurring during the second half of the rainy season from February-April. What is less clear, at this point, is whether the northerly-shifted atmospheric response to this El Niño will persist—and whether Southern California will start to make up for lost time. From a statewide perspective, some substantial drought relief has already occurred this year, but there remain large regions in the southern part of the state that are still extremely dry. While El Niño is likely to bring some degree of drought relief, California will likely still be facing long-term drought conditions by the coming summer.