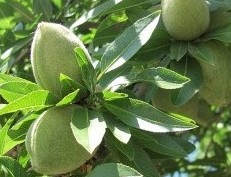 Shipments Year-To-Date through April are down 7%, as California suppliers pushed pricing to dampen demand. However, shipments and reported commitments combined total 1.766 billion, down only 3.5% from the prior year. Late season demand is squeezing inventories and pressuring prices upward again. Ending inventories project to be slightly below 350 million pounds. Any increase in shipments over last year will reduce the ending inventory.

Domestic shipments remain steady and are now slightly above last year YTD, based on April shipments 15% higher than the prior year. In export markets, China/Hong Kong shipments are up 235% since January. Though there are logistical issues emerging in this market, resolution is expected to keep demand steady into new crop. India’s demand for direct shipments of California crop continues to grow, 26% higher than last year and approaching 2012 crop volumes.  Western European shipments will close strong as Spanish almond supplies are depleted.   YTD shipments for Western Europe are down 14% due to the larger 2014 Spanish crop. The Middle East remains steady, with significant late season activity.

The NASS Objective Estimate is due on Wednesday, July 1.