In a recurring theme, shipments were expected to be very strong and did not disappoint. The 309 million lbs is the largest California almond shipment month in history, exceeding last October by nearly 17%. YTD shipments are 25% ahead of prior year, up by 154 million lbs in the first three months. Counting last July, the industry is on a record string of shipments for four consecutive months.

India remains the overall growth leader with 146.1 million pounds, up 110% over last year. China/Vietnam volume stands at 73.7 million pounds, up 14.7 million lbs and nearly 25%. The U.S. is up 23.9 million lbs and more than 13%, with more than half of the increase found in manufactured products. Europe is also up over 20 million lbs YTD, also an increase of 13%. Inshell shipments are 195.7 million pounds YTD, up 59% over inshell shipments during the same time last year. Strong commitments and early November activity indicate shipment growth will continue into November and beyond.

With large current commitments on the books, the industry is working hard to meet contract obligations into the winter. The industry is facing challenges as many economies worldwide struggle with the impact of Covid-19. The impact from the new shutdowns is unknown at present. Shipping container availability out of California is also an issue. Vessel schedules are changing at the last minute, capacity utilization is high, and transit times are in some cases extended. This keeps the pressure on execution. 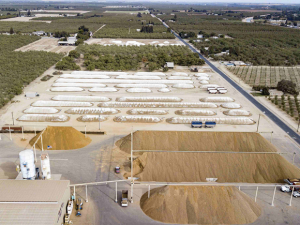