Large is the theme for the September ABC Position report, as in large numbers. Receipts, shipments, and commitments are all at historic highs. Let’s review what has occurred in the first two months.

September receipts reached 780 million lbs. This is ~140 million lbs above September shipments in recent years and closer to the volume seen in October the past two years. The crop continues to appear to be very close to the 3.0 billion projected with the NASS Subjective and Objective estimates. The increase is heavily driven by yield increases in the mid and north state. The early read is smaller CPOs in Nonpareil and some California varieties, with independence and Monterey CPOs being much closer to normal.

Shipments were expected to be strong and did not disappoint. At 260.9 million lbs, they eclipse the previous record for September by nearly 60 million lbs. (29%). YTD shipments are now 110 million lbs above the prior year in just the first two months, an increase of 32%.

U.S. shipments are up 11% YTD, following a jump of 17% over last September. Europe continues its growth, up 24% YTD with similar growth in both August and September. India has pulled in product rapidly, with 3,000 containers shipped for the last two months.  While a significant volume, the India market continues to grow and will absorb this tonnage over the coming weeks and continue to be active in the market for the entire year. China shipments were relatively flat to last year, however, shipments are expected to increase in the coming months as Chinese New Year is later than last year. The Middle East/Africa markets are also up early with 25% YTD growth with Turkey and Dubai leading the charge. Next month’s ABC Position report will be a better indicator of shipment trends with three months activity. The August/September data is heavily impacted by timing of harvest. 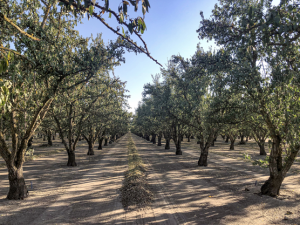