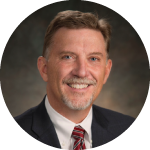 The numbers on the Almond Board of California’s November Position Report reveal some critical differences in how the 2014 crop will unfold vs. the 2013 crop. 2014 Crop receipts are 1.728 billion through last month vs. 1.737 billion through November 2013. Although total receipts are nearly identical, the key difference is that the 2014 crop is 95+% received through November, and now projects to 1.825 billion or less at the top end. This is lower than the 1.85 billion in receipts we projected last month. The very early harvest, rain-free weather, and smaller overall crop, all contribute to the faster conclusion of 2014 crop harvest.

Projecting a maximum 2014 crop of 1.825 billion, and a total net supply of 2.138 billion, the California almond industry is 53% committed through November. Last year the industry was similarly committed through the same time frame at 55%. New commitments last month were nearly identical to last November at 142 million lbs reported. Carry-out inventory is still likely to grow from 350 million lbs to ~400 million lbs. The 2014 supply scenario continues to point to an intentional reduction of shipments from 2014 supply of 10% vs. the almost 12.9% we see YTD. In spite of the welcome recent precipitation, the 2015 crop potential is still projected as no better than flat to this year.

With increased pricing being the lever used to allocate shipments to 10% less than last year, we might expect a modest price correction to maintain YTD shipments inline with that level. With holidays approaching in the U.S. and the seasonal uncertainty in January of an upcoming bloom, new commitments in the next few weeks can be expected to slow as they typically do. Both buyers and sellers will be evaluating their positions.

From year-to-year, the curve of monthly receipts has significant stability. In December of last year, industry receipts slowed to 200 million lbs in December. After December 2013, 74 million additional lbs were received. November 2014 recipts are already down to the 200 million lbs level, due to the accelerated harvest. The historical trend suggests that 2014 crop will top out between 1.80 and 1.825 billion lbs.

The YTD situation remains largely unchanged. The data suggests the 2014 almond crop supply is trending below last month’s expectations, now topping out at 1.825 billion lbs. At the same time, YTD shipments are trending slightly below estimates to achieve an overall 10% reduction. To date, YTD 2014 crop pricing has essentially maintained equilibrium between supply and demand.